Angelina Ballerina: The First Movie
Angelina in the Haunted Mansion
Angelina's New Friend
A Big Day at the Fair

Not having fate in himself, getting angry at his friends even at his crush Angelina
Marco Fernando Quesillo is one of the main characters in the new Hit Entertainment series Angelina Ballerina: The Next Steps and one of the nine tritagonists of the Hit Entertainment films: Angelina Ballerina: The First Movie, Angelina in the Haunted Mansion, Angelina's New Friend and A Big Day at the Fair. He is voiced by Jules de Jongh.

Marco is 10 years old and Angelina's third best friend. Marco is a music lover and loves playing and listening to music. His favorite instrument is the conga drums and loves to play very loudly! In some episodes, it was shown that Marco doesn't only play instruments, he can also dance! He is a bit accident prone, clumsy and is the joker/clown of Angelina's circle of friends and is secretly in love with Angelina. In Angelina's Indian Lunchtime, it is revealed that he went to India and returns to Chipping Cheddar by showing his friends the tabla and tells the epic tale of Ramayana.

In the episode "Angelina's Fear Factor", it is revealed that Marco is afraid of the dark. His fear of the dark was first shown in "Angelina and the Night Monster". He can be cowardly and anxious at times, but sometimes shows his bravery whenever needed.

Playing all kinds of musical instruments

Miming (as seen in Angelina and the Marcel Mouseau Mime Challenge): Marco wins two free tickets from Radio Cheddar to see Marcel Mouseau, his favorite mime artist, but only if he can answer 3 questions over the phone! So he made a bet with Angelina. If he answers the questions, he loses the bet, but if he doesn't he won't go to the show. So he became a mime for the entire day just acting out without speaking.

Angelina - They are friends and they both hang out with each other. Also in some episodes, it was shown that Angelina has a crush on Marco. But sometimes, they can also get into fights, as shown in "Art Poster," where they have to make a poster together. In the end, they forgive each other.

He seems to do fine with his other friends and also gets along with them very well. He has good relationships with them. 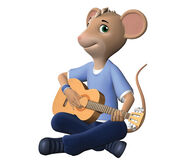 Add a photo to this gallery
Retrieved from "https://angelina-ballerina-the-next-steps.fandom.com/wiki/Marco?oldid=6943"
Community content is available under CC-BY-SA unless otherwise noted.